This site doesn't support Internet Explorer. Please use a modern browser like Chrome, Firefox or Edge.

Australian Coins have an Unusual but Interesting History

Australian coins are highly collectable and here is why. Australia deemed a wretched place, was thought to be a good dumping ground for the ever expanding criminal population of the United Kingdom.

Australia is about as far from the UK as you can get so removing the criminals to there quickly gained popularity.

In order to accomplish this settlements still had to be made and British law also had to continue over the British Subjects. British coins went with the solders and officials and as the settlements were established traders from other countries soon found these settlements seeking exotic foods, spices, and metals such as gold and silver. 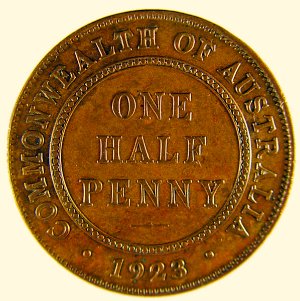 Australia at this stage was not producing any of these items but needed nearly everything so trade was established and with it came the coins of the trading seamen.

By 1800 the representative of the British Government, Governor King realising that a standard should be set to determine the values of the various coins commonly in circulation in the colony.

He issued a Proclamation setting the values of all commonly circulating coins against the Mother currency of Pounds, Shillings and Pence. Thus the first Australian coins were recognised.

The lack of coins in circulation was because coins were often given to the sea traders for goods. This caused the local economy to be run on a barter system more than payment in coin as you go.

By 1812 a new British Governor was in place, Governor Macquarie. He recognised the need to have a real currency to trade with and to develop the growing economy. By good fortune he was able to seize 40,000 Spanish 8 reales from a visiting ship. Fearing that these coins if placed back into circulation would again just go back overseas he had the centres punched out of them which give him not 40,000 new coins but 80,000.

The larger washer shaped coins had New South Wales stamped around the hole and were assigned the value of 5 shillings. The smaller punched out centers were stamped 15 pence on one side and New South Wales on the other. The larger became known as Holy Dollars and the smaller coins as Dumps. In spite of the numbers of coins made few are known today and are considered rare and very collectable.

Many private mints in the UK started to produce token coinage for use in various Australian stores and business in the size and dimensions of the official British coins. These gained wide acceptance and became not only coinage but were also store cards or advertisements for the stores that commissioned them.

By 1853 the colonial government had established its first authorised mint to produce gold coinage in Sydney, New South Wales. Coins were finely being manufactured with the name Australia stamped into the design. These coins known as Sovereigns and were valued at one pound sterling.

Melbourne followed with a mint in 1873 because of the large amounts of gold which was being recovered from the Victorian gold fields.

Enjoy this page? Please pay it forward. Here's how...

© Copyright 1968 All Rights Reserved by www.topcoins.com

No Reproduction Permitted Without Permission